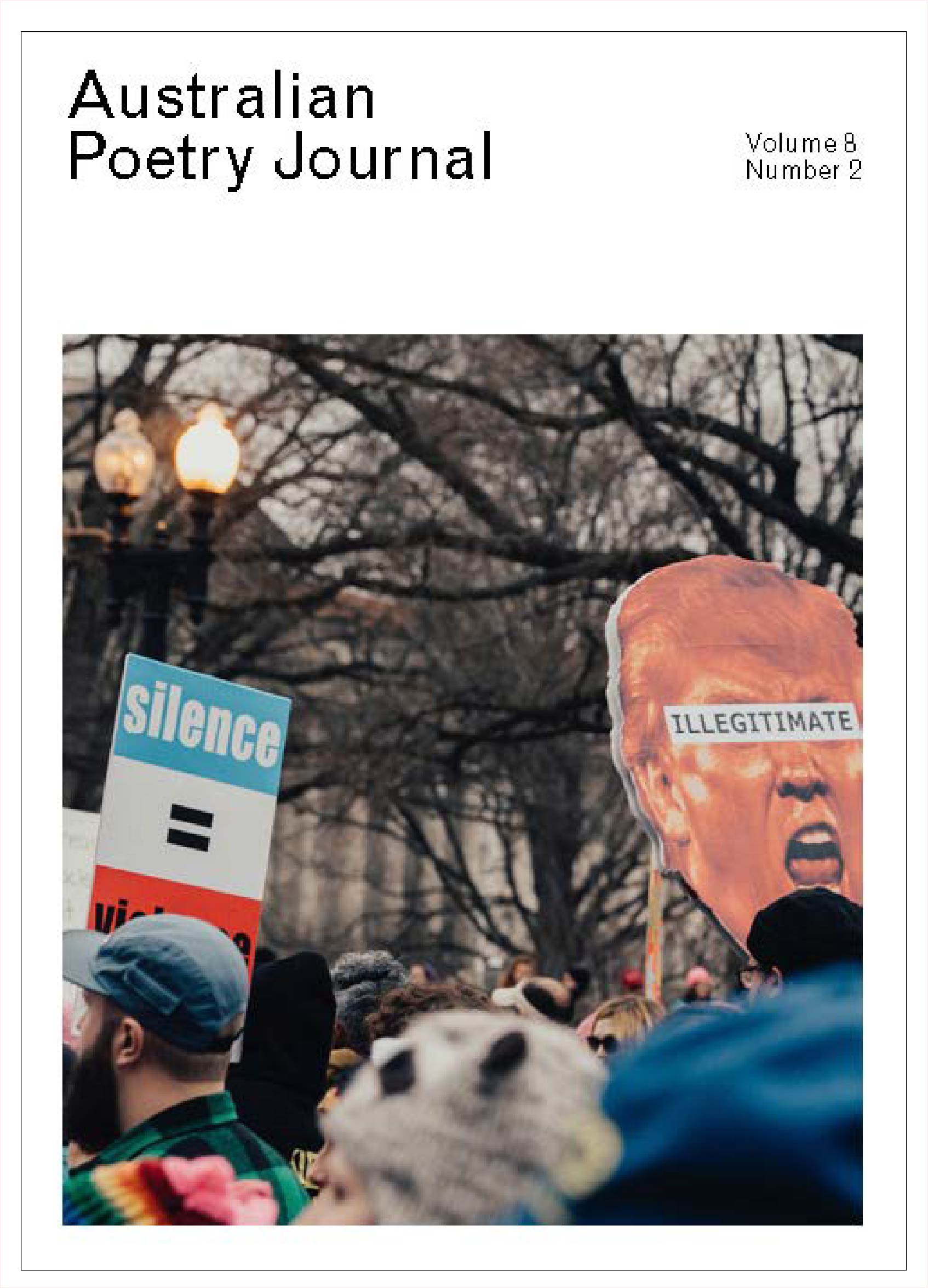 ‘Australian Poetry Journal’, Volume 8.2 – ‘spoken’, features new works by more than 60 Australian poets, with poetry guest-edited by prominent spoken-word poets and curators, Andrew Galan and David Stavanger. They have curated 42 poems, selected with a focus on producing the first in-print journal of Australian spoken word; it also includes one suite by American poet, Adam Day. This section includes a poem by the late, highly esteemed Candy Royalle. Following the ‘spoken’ selection is a separate section of 19 poems, which are all new works commissioned by Australian Poetry and presented across three of its 2018 festival events – at Sydney Writers’ Festival, Melbourne Writers Festival, and Queensland Poetry Festival. Edited by Toby Fitch, this Big Bent series is an exploration of gender and language queering. In a new publication development for AP, both sections of poems are accompanied by sound-recordings. In the case of the ‘spoken’ section, 15 poets have been recorded, along with a pre-existing recording of Candy performing her poem. In the case of the Big Bent section, the seven poets who read at MWF have been recorded. To access both recordings, go to the AP homepage: australianpoetry.org