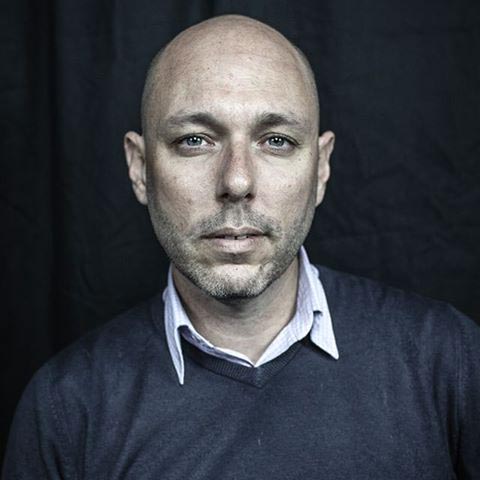 The Melbourne Visiting Poets Program is proud to announce the selection of its 2018 regional resident. David Stavanger has been selected from an impressive list of Australian poets based regionally and remotely.

Applicants hailed from across the country and represented emerging, mid-career and senior talents. The applications were assessed by representatives of the program’s partners, RMIT non/fictionLab, Rabbit Poetry, Australian Poetry and Melbourne Spoken Word. The program thanks and congratulates all applicants to this inaugural round.

David joins the program’s past residents including Lionel Fogarty, Amanda Stewart, Natalie Harkin, Stuart Cooke, Andy Jackson and Ellen Van Neerven. In August, his residency will be followed by the program’s invited resident for 2018, Alison Whittaker.

David is a poet, writer, performer, cultural producer and former psychologist. In 2013 he won the Arts Queensland Thomas Shapcott Poetry Prize, resulting in the release of The Special (UQP), his first full-length collection of poetry which was awarded the 2015 Wesley Michel Wright Poetry Prize. His prose-poem ‘The Electric Journal’ was a finalist of the 2016 Newcastle Poetry Prize. At the 2014 Queensland Literary Awards he received a Queensland Writing Fellowship. David was also the co-founder/editor of Small Change Press (2007-2010), an independent SE-QLD poetry imprint. David is also sometimes known as pioneering Green Room-nominated ‘spoken weird’ artist Ghostboy, winning the 2005 Nimbin Performance Poetry World Cup and establishing poetry slam and spoken word in QLD via his active work with the State Library of QLD, Australian Poetry Slam and Woodford Folk Festival. David is currently Co-Director of the Queensland Poetry Festival (2015-2017), a period known for its inclusive programming and stronger focus on CALD and first nation voices. He is also known for his work as a workshop facilitator in schools and facilitating two ongoing writing group projects: Brotherhood of the Wordless (writers with autism precluded from speech) and School of Hard Knocks – Word on the Street (writers with mental health and or substance abuse issues.)

David will be visiting Melbourne from his home in Myocum, northern NSW. He will be working with the program to deliver a series of public activities in late April. Details of events will be promoted through the program partners.

The regional residency will be run again in 2019, with call-outs opening in late 2018.

The Melbourne Visiting Poets Program acknowledges the Wurundjeri people of the Kulin Nations as the traditional owners of the land on which much of this program takes place. It respectfully recognises Elders both past and present.

This project has been assisted by the Australian Government through the Australia Council for the Arts, its arts funding and advisory body.